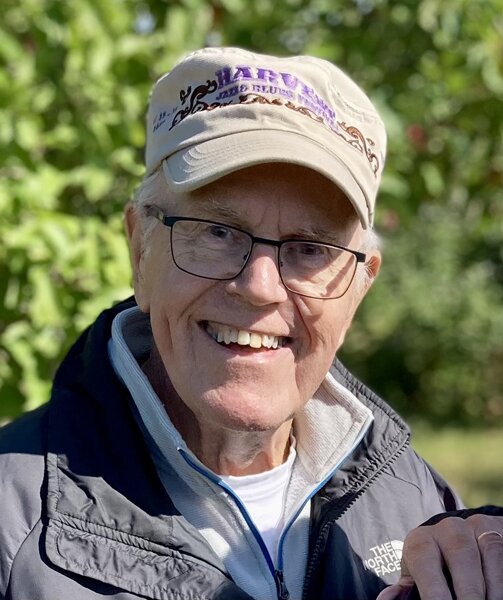 Gordon Campbell, husband of Patricia, passed away on Monday, September 20, 2021 at Hospice Fredericton. Born on January 11, 1942 in Staples Settlement, New Brunswick, he was the son of the late Douglas and Emily Campbell. Gordon worked for over 30 years as the Manager of Federal Printing Operations (Queen's Printer). He also worked part time as a Supervisor at Zellers in the Fredericton Mall. Gordon took advantage of early retirement by moving back to the family homestead. Around his home he harvested wood, maintained the property, enjoyed the beauty of the land, and the company of his brothers where their family farmed and they grew up.

The home became the warm and welcoming centre of the family where the house was often filled with laughter and joy and his infectious smile. As the extended family grew, the children, grandchildren, and most recently his great-grandson visited often to brighten his days.

The family expresses their gratitude for the support of the wonderful staff and volunteers of Hospice Fredericton and the New Brunswick Extra-Mural Program and especially Shelley who assisted Gordon and his family over over the last months of his life and Doctor Irrinki's care over the years.

There will be a graveside service at a later date. For those wish, donations should be made to Hospice Fredericton. Personal condolences may be offered through www.yorkfh.com

Interment at a later date