Leave a condolence, share a memory, post a photo, light a candle and more with our beautifully designed interactive online tributes Leave us a review or browse through all of our testimonials from the families we are proud to have been able to support during their time of need. Our Remembrance Suite has everything you need to memorialize your loved one. Our local florists are committed to offering only the finest floral arrangements backed by their professionalism and prompt service.

We stand behind our reputation and will continue to serve our community with the values instilled by our funeral directors.

Home is where our story begins:

The road through life is full of many twists and turns and in the end crosses many bridges before leading us to our final destination and purpose in life.

York Funeral Home is a family operated business built on a passion by Tom MacLeod . Working behind the scenes was his wife, J. Eleanor MacLeod, the financial administrator. The glue that kept it all together.

After graduating from Horton Academy of Canada, Acadia University, Wolfville, N.S., in 1954, Tom MacLeod from Westriver Station, N.S. began his career with Canadian Imperial Bank of Commerce where he met his future bride, J. Eleanor Coffin from Morell, PE. Their careers took them to various locations in the Maritime provinces. By the early 70's, the MacLeods were parents to five children: Thomas Gordon, James, Scott, Lorraine and Lynne.

In 1972, Tom, with his family's support, followed his dream and passion to work with people. They made the decision to move to Petitcodiac, N.B. where Tom began training at Armstrongs Funeral Home. From there, they moved to Truro, N.S. to Mattatalls Funeral Home.

Losing their oldest son, Thomas Gordon, to cancer in 1974, made Tom more determined to start a family operated funeral home. They saw a need in Fredericton north. Together they developed a family business providing professional, compassionate guidance in a time of great grief. The doors opened for business in 1979 with a staff of two, has expanded to include two funeral homes both York and Miramichi Valley, and today employs twelve. 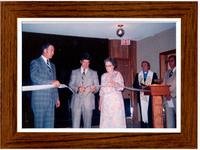 The MacLeods served within the community, both being Past Presidents of the Lions Club as well as active members of Nashwaaksis United Church. As well, Tom served on the Provincial N.B. Funeral Directors & Embalmers Association. Scott has served as National President of Funeral Homes of Canada.

During the 1990's, Tom and Eleanor retired. It was with great confidence and pride that their sons, Jim and Scott, chose to carry on the business they created and nurtured. Their grandson, Thomas has also joined the staff. 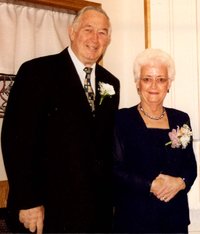