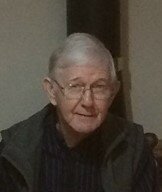 Due to the current health situation the family have decided not to do visitation on Monday, September 27, 2021; and thank you for understanding.

The passing of William “Bill” Osmond of Fredericton, NB, husband of Lorraine (Winter) Osmond, occurred on September 19, 2021 at Hospice Fredericton.  Born on June 25, 1944 in Summerford, NL, he was the son of the late Eli and Mary (Kinden) Osmond.  Bill was a dedicated Chartered Accountant. He started his career with H.R. Doane in Grand Falls, NL and later started his own accounting business.   He was a friend of Bill W.

For those who wish, remembrances may be made to Hospice Fredericton or the Canadian Red Cross. Personal condolences may be offered through www.yorkfh.com

Share Your Memory of
Bill
Upload Your Memory View All Memories
Be the first to upload a memory!
Share A Memory
Send Flowers